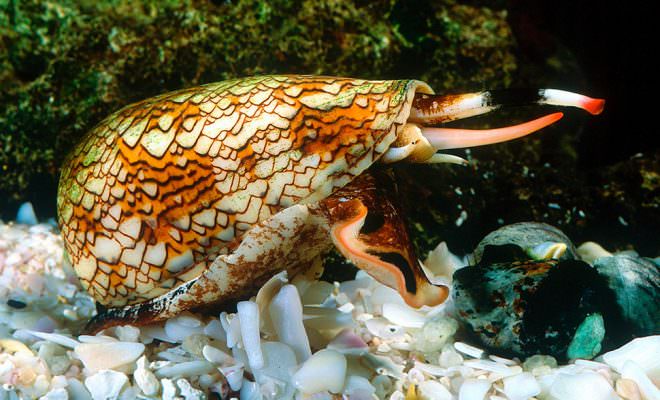 10 Deadly Creatures under the Sea

This creation of the mother earth may look like an innocent plant but it is really a flesh-eating animal. It is a close relative of corals and jelly fish, and has more than 1k species. Yellow Sea Anemone is the one, we should be most careful of. Their body is made up of adhesive foot and mouth surrounded by tentacles. They are very sensitive as even a slightest touch can alarm its tentacles to shoot a thread like fiber containing neurotoxin into its prey’s body. The miserable prey goes straight into the mouth with the help of its tentacles. Though, there are far less chances of confrontation between Anemone and humans but it can be mistaken as a mere sea plant, and mistake to touch it can lead to severe consequences for the person ranging from skin irritation to even death.