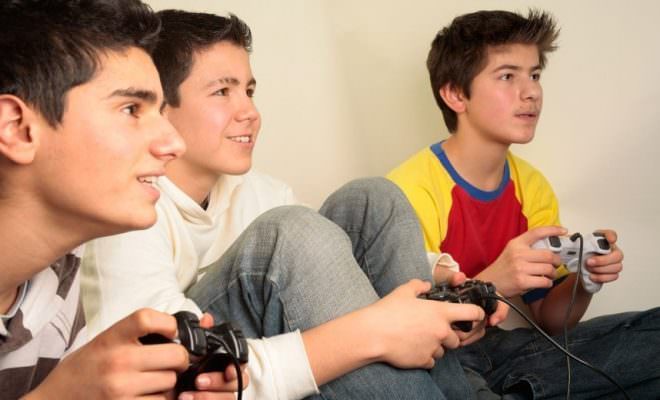 If the parents are asked nowadays about the leisure time activity of their teenage children, the most common answer will be playing video games.  The video games have taken the place of all the outdoor games nowadays. At the same time, parents are found happy that their children are keeping themselves up to date with the new technologies by playing video games. Well, if we sit down for a moment to think, we will see that there is no harm playing video games but there is always a question of concern. What sorts of games are played by your children? Does that contain violence or not? Are they learning to do something vicious or extraordinary? Sometimes or I say most of the times it is unknown to parents that what kind of games are their children playing.

Basically, these teenagers play games to pass their time, sometimes it becomes their passion and sometimes they play to learn new things.  But the problem arises when these sort of games don’t remain game at all. While playing they make a group to play or sometimes teams. There happens to be competition between teams and the winner team gets rewarded. This kind of competition often leads them to act like those games or the level of the games. There is the fight, tension of winning the competition and also they end up doing some sort of crime.

A recent survey on this regard says about the changed personalities of the young generation.  The gamer teenagers are much more advanced and have aggressive attitude than those who don’t play. These gamers mostly pass their time alone,remain isolated and are introvert in a social gathering.  Their attitude to their parents far more changed than those who are not addicted to games at all.

The violence that video game contains affecting the minds of the youth in a very broader way. The act of shooting, kicking, killing, stabbing and fighting are making them so involved that in real life if they are asked to play, they choose the same kind of games which they play. The mind of a gamer is full of those contents which they get at every level. Whether they are in school or home, their mind is occupied by those level breaker puzzles.

The video game generation finds it cool to be more and more updated with video games. The games like Mortal Combat, Assassin Creed, DeathRace etc. are so much popular among them that to play these sort of games, they may bunk schools or lie to their parents to collect money to play them.  The popular video games are also affecting the youth emotionally when they fail to pass the level. Failing to pass a level in the games concerns them more, than their study. Sometimes they fail to pass their school tests but they find it against their will when parents ask for a proper reason. They quarrel with their parents and sometimes skip meals and leave home in anger.

Video games are not only making the youth aggressive but also some of them teaching them about vengeance, revenge, and anger. These kind of wrong values are definitely not welcomed rather it is an obstacle in the path of natural growing of a child. Women, in these games, are often considered as weaker gender and sexually provocative which is a wrong impression in the mind of the gamers.

However, not every game is teaching violence, yet the facts cannot be unseen that the video games are changing the lifestyle and the mind of the youth.

Related Items
Share This Story On Facebook
← Previous Story How to Make Money via Blogging
Next Story → What makes Samsung galaxy s7 better than other phones?
Comments