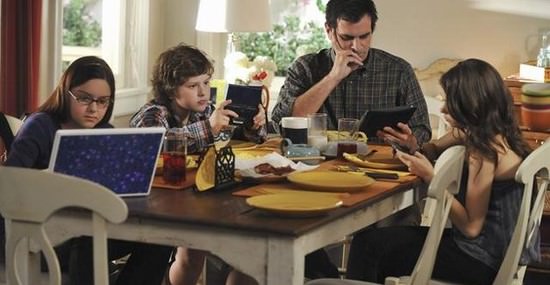 Why people are so addicted to their phones these days Whenever we are at a housewarming party or any kind of social gatherings, there is a common scenarionow-a -days. Yes, I am talking about checking mobile phones frequently. People are so involved in their phones as if it is a Genie fulfilling each and every wish of theirs. Physically they are present in a social event but they are living in a completely different world with their own thoughts and ideas. Most of the people will be found looking at their smartphones for most of the times whether consciously or otherwise. Sometimes they may also feel the urge to look their phones, even though they are sure that there will not be any notifications or messages to check.

However, why is such obsessiveness with smartphones? What is the thing that is making so absorbed that they are forgetting an ordinary and practical lifestyle? Observing some close people of mine I have found out some unimaginable facts which were behind the curtain so far. People who are addicted to their phones cannot control the impulse of checking and rechecking. Though their frequent action of checking phones is deteriorating their family and social life yet they are not bothered by that much. Sometimes friendships and relationships get affected because of this uncontrollable impulse of checking smartphones. Now- a- days smartphones are also offering alluring features which are making people more involved and attached. Thousands of features and application software are fulfilling their virtual happiness which most of the times making them satisfied. A very recent observation of my personal experience tells that boyfriends or girlfriends are breaking their relationships up just to play games as because of games they are unable to give proper time to their partners.  Checking smartphones like a freak also causing trust issues between partners causing a feud between them.

People are so addicted to their phones that sometimes when every member of a family is at the dining table, they don’t talk to each other rather they use phones. Some people even stop their personal vehicles to use phones to get connected to social networks. A certain number of teens use their phones in the classroom just to skip the lectures as they find lectures boring.  The young generation and adult keep their smartphones beside their pillow on the bed so that they can easily check their phones. Another type of people has power-banks and bed-switch to connect to the charger if in case the battery goes down. Addiction of using cellphone even has reached the kitchen or washroom. As many of the users take their smartphones in the toilet or in the kitchen as they want to keep themselves hooked to the virtual world. The surprising fact behind this is the users know the bad consequences of excessive using of smartphones and getting addicted to it. Yet they are accepting this vicious fact with a smiling face and enjoying the company of smartphones.

Smartphone companies are also making every way possible to attract its loyal users. They are offering new and elegant features. They are using such technologies which are making people excited and impatient to use new features.

Though this kind of over excessive addiction of checking smartphones can take a toll on the relationships and use it as an escape is connected with depression. Frequent checking of smartphones may satisfy the temporary impulse but it may affect one’s personal and professional life adversely. It is high time obsessed people must show some concern. Instead of having impulsive, vagarious relationships with our phones, maybe we should try having lovely practical real relationships with one another.

Related Items
Share This Story On Facebook
← Previous Story What makes Samsung galaxy s7 better than other phones?
Next Story → 15 Most Authentic Looking Hidden Cameras That You Should Watch Out For
Comments