The football leaks - Things You Need To Know Today 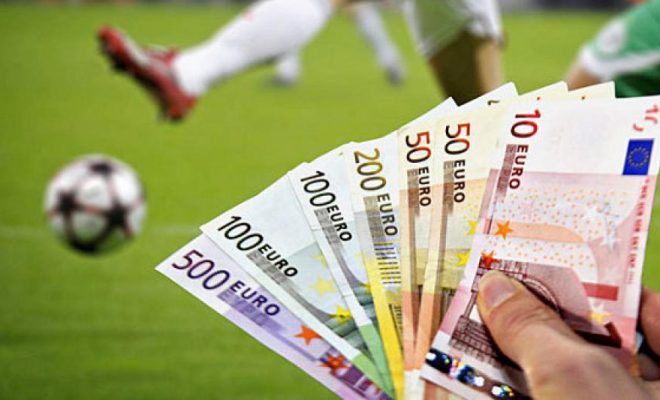 Football Leaks refer to the leakage of more than 18.6 million confidential documents obtained by Der Spiegel and processed by the European Investigative Collaborations in collaboration with several European media concerning tax evasion in the football world. According to Mediapart, this is the “greatest leak of information in the history of sport”. Several international personalities are thus directly designated as Cristiano Ronaldo or José Mourinho. The escape is estimated at nearly 250 million dollars and disclosed from December the 2nd 2016.

Launched in 2015 and headed by Portuguese administrators, supported by a community of volunteers, footballleaks2015.wordpress.com is the source of several leaks of confidential documents, such as contracts of footballers or the terms of several transfers. One of its directors, a man named John, communicates to the German newspaper Der Spiegel about 1.9 terabytes of data (about 18.6 million documents) which will be processed for seven months by a group of European media around European Investigative Collaborations and disclosed gradually from December the 2nd 2016.

Jorge Mendes, a Portuguese businessman and a highly influential sportsman in the football world, is setting up a tax evasion system based on offshore companies and offshore accounts, notably in Ireland, the British Virgin Islands, Panama and in Switzerland, and aimed at players and football coaches, mainly Portuguese but not only.

Several top players in the world of football are accused of tax concealment. The first suspects, Ronaldo, Mourinho and Monaco striker Radamel Falcao, are all part of the portfolio of the most influential football agent, Portuguese Jorge Mendes, also accused, and who challenges these accusations. Portuguese players Ricardo Carvalho, Moutinho, Coentrao, Pepe, as well as the German Özil, are also targeted by these revelations.

According to the survey, Mendes has allowed seven of his clients to hide more than $ 200 million through a network of offshore accounts companies in Ireland, the British Virgin Islands, Panama, and Switzerland. The European Investigative Collaborations (EIC) accused Ronaldo, the favorite of the next Golden Ball, of concealing more than 150 million dollars in tax havens, thanks to offshore mounts passing through Switzerland and the British Virgin Islands; and the Portuguese coach José Mourinho for concealing at least 15 million dollars in Switzerland thanks to a complex offshore assembly.

Ricardo Carvalho, a Portuguese player who plays for the Portuguese Football Team.

Pepe, a Portuguese player who plays for Real Madrid.

Fábio Coentrão, a Portuguese player who plays for Real Madrid.

Paul Pogba, a French player who plays at Manchester United.

Ángel Di María, Argentine player who plays at the PSG.

On December the 3rd, 2016, the Spanish tax authorities declared that they would “carry out the necessary inspections”, in particular for Cristiano Ronaldo, who had concealed more than150 million dollars in Switzerland, the British Virgin Islands or, to a lesser extent, Luxembourg since 2008.

The Portuguese company Gestifute de Jorge Mendes, which manages the careers of several major footballers and coaches, and is accused of having developed a system of tax concealment for its clients (notably with the help of tax lawyers, as the Spanish Julio Senn), denies the accusations against him and publishes press releases and administrative documents on his website to defend Cristiano Ronaldo and José Mourinho.