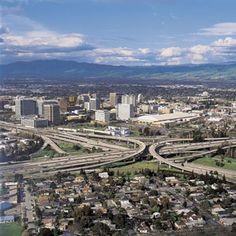 The 10 Richest Folks in Silicon Valley

With 6 million dwellers and 3 000 companies with advanced technologies, Silicon Valley is for sure, the most region known by its intense economic activity and constant development. Silicon Valley remains the favourite destination for wealth seekers. The area is known for a strong agglomerate of billionaires and the richest businessmen on the planet.
Here is the list of the richest folks in the region of silicon valley :

A 72 years old American businessman. He is the co-founder of Oracle Corporation. He currently serves as executive chairman and chief technology officer of Oracle. He was born in New York City and grew up in Chicago.  In 2014, Larry Ellison was listed by FORBES magazine as the third wealthiest man in America. Today, Ellison tops the list of California businessmen with a net wealth of US$56.2 Billion. He is also the fifth richest man in the world.