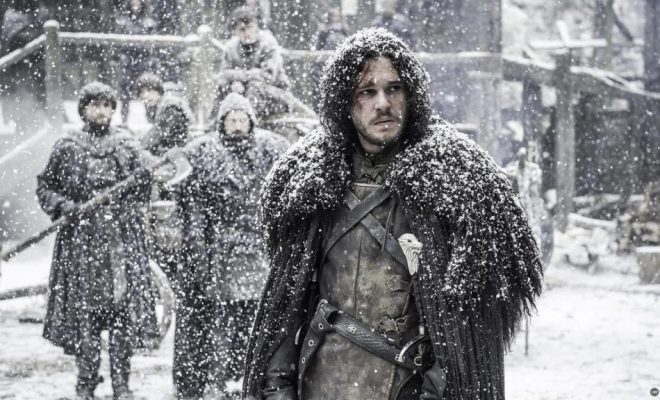 What makes the series Game of Thrones a worldwide HIT

Game of Thrones will seem very much striking to it viewers at first because of its lack of sexual modesty, fair play, and human decency. Still, it has been HBO’s most popular tv series of all time, being shown over 170 countries and illegally downloaded an uncountable number of times.

All the famous people including David Cameron also a big fan of this show, stating he watches this “on the box set”. Even the royal guards of the queen of England have been seen playing the theme music of Game of Thrones. A quest for power by the warring nobilities will be popular among the political persons, no wonder!

For those who haven’t seen this, this hype will seem to exaggerate. They will wonder whether it is worth it to watch the hokum of long 40 hours. At first this series will only show fighting, bare breasts, dragons etc. True, they are all in abundance!

But at the time goes by and the show starts to grow, the viewers will discover themselves drawn to the intricate power plays of the show. Along with the intriguing games of power play comes pitch perfect comedies through which the inconsequential characters start to grow.

Don’t try to grasp everything at once and altogether. Sit back, take a deep breath and start exploring the show like a new country. Most of the incidents take place in Westeros, a place like medieval Europe with a touch of Roman Conquest and War of Roses. But there is no real connection with the history nor to any real place.

Don’t get attached to any character. They are constantly changing and dying! The key point can be summed up by the two lines delivered by Queen Cersei aka Lena Headey, “When you play the game of Thrones, you win or you die”. Another dialogue can indicate symbolize the series is “If you think this is a happy ending, you haven’t been paying attention.”

The lives of the many dynasties and power breakers of Westeros keep hanging in the balance while they set forth their journey to achieve the Iron throne, the main seat of power. Game of Thrones Marvel creating complicated situations, engaging the characters, giving them rich histories and rounded personalities played by much lauded British actors.The more famous the character, the more viciously he or she would be disemboweled by their enemies in front of their children. Even the strongest viewers will have to take a break for some quiet moment and have a cup of calming tea!

But this stomach turning show is exhilarating and has something for everyone. Your mind will float in a sea of meaningless fantasy, keeping your worried mind at bay. And the famous actors like Sean Bean, Iain Glein, Anton Lesser, Mark Gatis, Jonathan Pryce will always help you to keep your attention attached. And if someone not familiar with this show, asks the validity of watching this show, ask him “Did you know Diana Riggs is in this?”