What really happened in Manchester? - Things You Need To Know Today 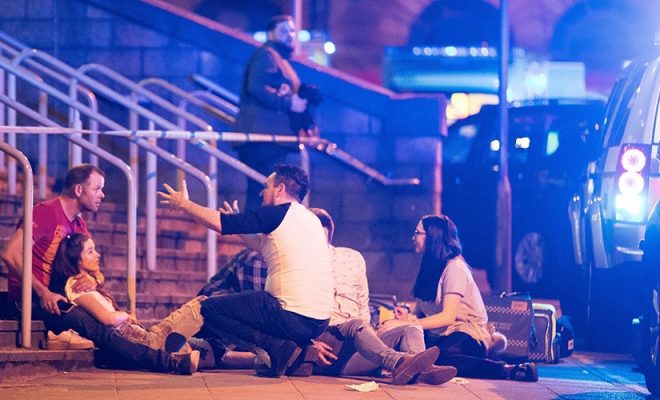 What really happened in Manchester?

Life was going well and smooth and people were really excited about Ariana Grande’s concert on May 22, 2017.  They went to enjoy the ravishing concert of their favourite singer but many beautiful souls couldn’t make their way back home because of the unimaginable terror attack At the Manchester Arena. According to CNN, the suspected bomber who is 22 years old named Salman Abedi was carrying the homemade bomb and the blast happened minutes after Ariana performs her last song. People were happily starting to go for their home. 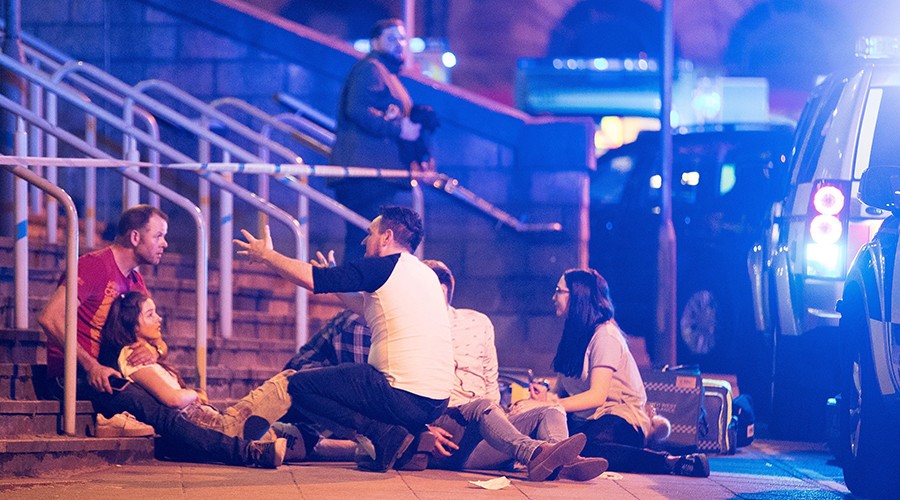 There was almost 21000 audience who joined the concert that day. This happy hour turned into a dark hour at 22.30 BST when the blast happened in the Arena’s foyer which was between the main arena and neighbouring Victoria station. The blast really shaken all also created panic among people.Police have confirmed that this blast took lives of 22 people among them some were children and also some of the, was parents who came to take their children to the home. This occurrence was totally unexpected and heart-wrenching. There were 59 patients who were admitted to hospital and 60 were treated by paramedics.

According to BBC, witnesses said that they heard the explosion and saw the flash of fire and just then out of panic people started fleeing here and there. The even saw nuts and bolts which were strewn around the floor among bodies. This was a horrible experience. 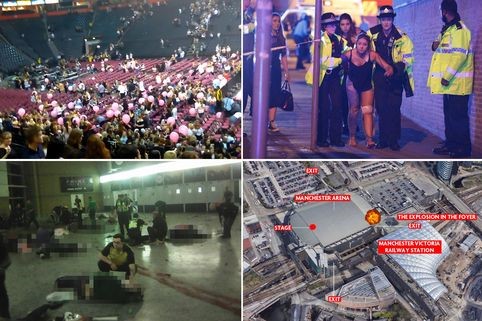 Incidents like this are definitely not expected ever.  After the blast, people began scrambling and they were seen fleeing down the stairs of the venue. Parents, relative and partners who came as guardian also became the victim of this pathetic incident. More than 240 emergency calls were listed in this period. There were also 60 ambulances along with more than 400 polices officers were present to tackle the situation.

The suicide bomber, Salman Abedi born in Manchester,1994 but his family origin is in Libya. Though his parents commented that they are against such heinous activities. But reports say Salman was trained by ISIS before this incident and his brother was too involved in this kind of activities and he was in Libya few weeks before the incident. He lied his family telling he wants to go to Saudi Arabia for Umrah and then he landed back in England. Salman spoke to his brother minute before the blast too. His brother is also arrested after the incident for investigation. Where he said, he knew this sort of incident will happen but he had no idea where it will be taken place. ISIS claimed the responsibility though the source is not verified.

Ariana Grande said, she will never forget this incident in her life and whatever she does this incident will always occupy her mind. And she will do whatever is possible for her.

UK Prime Minister already has taken possible immediate steps to tackle the situation and the whole police and investigation team are working together to reach the root behind such terrorist groups.