The hurricane Jose - Things You Need To Know Today 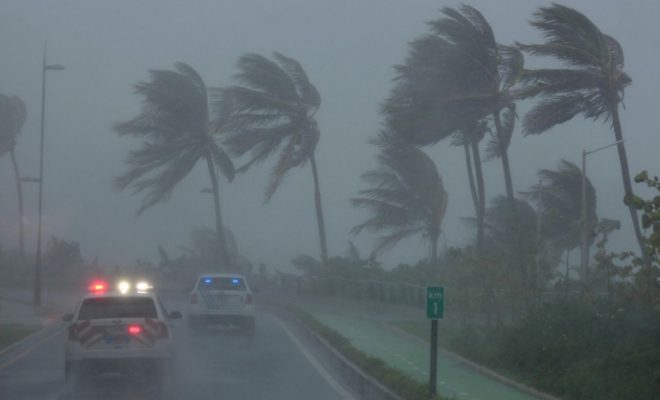 Hurricane Jose is the eleventh tropical system and the third major hurricane of the hurricane season 2017 in the North Atlantic Ocean. Formed in the trail of Hurricane Irma, from a tropical wave out of the African coast, it intensified rapidly arriving near the Caribbean islands. Threatening to spread along the same trajectory as its predecessor, Jose suddenly turned north and wandered several days between the Bahamas and Bermuda and then slowly moved northward curving between the US east coast and Bermuda. On the evening of September the 8th, 2017, however, all these islands are red alert before the arrival of the hurricane, which must pass the next day from 50 to 150 km in the north of their coasts and still give expected winds at 130 to 150 km / h. During the day of September the 9th, the hurricane suddenly turned northwards, deviating markedly from the northern Caribbean islands. Jose then made a clockwise loop between Bermuda and the Bahamas for several days, while weakening. The system became again a tropical storm on September the 14th.

On September the 15th in the afternoon, Jose regained power and returned to the level of hurricane, beginning to leave its looped trajectory at 785 km in the south-west of Bermuda. On September the 17th the hurricane passed halfway between Bermuda and the coast of North Carolina, gradually changing its trajectory to the north and then the northeast to pass off the coast of North America.

On the evening of September the 19th, the system fell below the hurricane threshold and again became a tropical storm at 375 km in the south of Nantucket, Massachusetts, but still with a long life forecast. Subsequently, Jose began to make a new clockwise loop at about 250 km in the south of Nantucket, at the boundary between the Gulf Stream and the colder water, all being pushed back to the south by an anticyclone on New England. On September the 21st, the NHC was planning a post-tropical transition within 24 hours.

The government of Antigua and Barbuda will evacuate all 1,600 residents of the island of Barbuda to Antigua while Jose seemed to be heading for it. Indeed, the island which was completely devastated by Irma a few days earlier offered no refuge to the population.

The women and children of Saint Martin tried to flee the island, although the men remained. All the air and sea connections with Saint-Barthélemy were interrupted during the passage of the hurricane.

The Government of the Bahamas closed the Nassau International Airport and ordered the evacuation of the most threatened islands.

Tropical storm watches were issued on September the 17th for the coasts between New Jersey and Cape Cod. Although Jose had to pass off, the winds were to cause a big sea off and a strong storm surge on the coast. The southeastern coast of Massachusetts, including Cape Cod and Nantucket, was set on a tropical storm alert on September the 18th at midday.