Why Uber is facing trouble worldwide? - Things You Need To Know Today 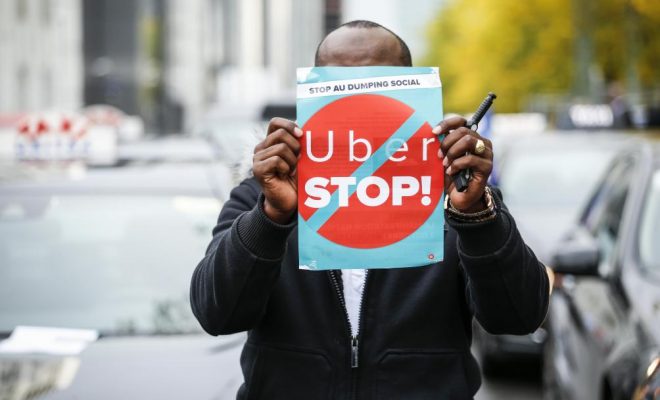 Why Uber is facing trouble worldwide?

The fast growing ride-sharing business Uber is now on the headlines but all the wrong reasons. It has been facing global onslaught for various reasons recently.

Uber uses smartphone technology for sharing rides. It’s been valued by 40$ billion by investors and was founded in 2009. It helps clients to get a ride from car owners who have signed up their normal cars for shuttling passengers. It has been used globally in250 cities of 50 countries.

First, the city officials of the Portland, Oregon sued Uber and the next blow came from Los Angeles and San Francisco on the very next day. While Portland sued it for its failure to meet local regulations, the other two cities brought allegation of the customers being gauged.

Will this be a threat for the 40$ billion company which is also growing rapidly every second? The vice president and automotive leader at Gartner, Thilo Koslowski, commented on Los Angeles Times that for a fast-expanding company like this, these problems are very obvious.

He added that the company is growing up very fast and the pains it has been encountering are all part of its growth. He also thinks that Uber has to address these problems rather avoiding, otherwise, these will get out of control.

Uber is facing legal troubles not in America but the whole worldwide. After a rape accusation, its operation has been halted. Other countries like Thailand and Spain have also ordered to make Uber stop their operations across their countries.

Nonetheless, Uber is still working and expanding its business more and more.

Eva Behrend, Uber Spokesperson, responding to the civil lawsuits in California said that, both California and California law makers would agree that Uber is safe. It is integral and established part of the transportation system which is eco-friendly. It has already met with the district attorney to show their concerns for the operations regarding, uberPool product, airport operations, background check and also the app operation. She also added that they will continue to engage themselves in discussion with the district attorney.

Another problem that Uber is facing is with the drivers it works with. They have blamed that Uber doesn’t treat them as employees and give them minimum wage including holiday pay. This can be a big hit for not only the Uber but also for the gig company. Uber got ruled in Britain saying that it should pay the drivers minimum wage which is 7.20 pounds or 8.08$ currently for 21 years old and over. Also the working hours should begin when drivers log into the app.

They said that working time should start as soon as he enters his territory, switches on the app and gets ready to accept trips. It ends when one of these conditions stops to be applied.

Lawyers who are working for the drivers added that there will be another hearing to measure the holiday and pay they should get and the firm may also have to pay pension facilities.