Places to visit in Anadyr, Russia - Things You Need To Know Today 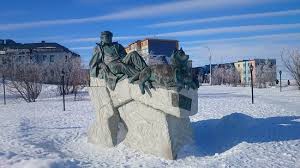 Places to visit in Anadyr, Russia

Places to visit in Anadyr, Russia
Though Europe has always been travel destination, the only countries have been attracted the tourist attraction are Spain, Greece, Italy, France etc. But now-a-days people are looking for a little bit of different, more than ordinary place. If you are one of those not so normal people in case of travelling, we have the perfect holiday destination for you. In this place, you are going to have the best of both sides, you are going to travel Europe and also you are going to get the taste of something different. Yes, we are talking about Anadyr, Russia. In the fur north-east of Russia, Anadyr is situated and on the shore of Anadyr Bay in the Bering Sea. Thus it is a port city situated in the permafrost zone. Here is a list of 5 places you must visit when you hit the place: 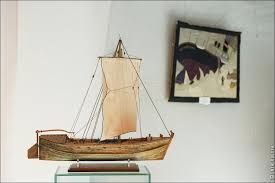 One of the tourist attractions is this museum. You can see plenty of sign form Chukchi culture. The displays are thoughtfully and thoroughly presented. The admission is free of charge and tourists are allowed to take photos. But they have to keep their cloaks in the entrance room. There are rooms of local costumes, newspaper cuttings and books. No English translation is provided but the short films don’t need any explanations. There are also rooms of stuffed animals, ethnic, jewellery, clothing and toys. The Russian speaking staffs are very friendly. 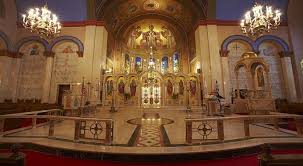 The cathedral is completely made of woods, though there is not much trees in the city. Despite being recently made, it looks quite traditional. The inside is very warm, well-kept and interesting. People find it very fascinating and gets surprised to find a cathedral in the arctic zone. The one of a kind temple stands calibrated logs of dual stacking. Its copper roof and structural design leaves the tourists wondering about the craftsmanship of the makers.

3.The monument of Saint Nicholas: 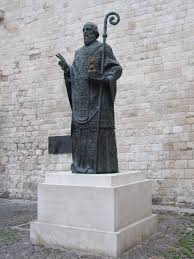 The largest monument of Saint Nicholas is in Andyr. The 8 meters high sculpture is made of bronze and is the finest creation of some of the famous Russian sculptors. It weighs 6 tons. This is a symbol of eternal patience, service and Christian love. The ever welcoming statue outstretches its hands to the tourists and considered the protector of them as well as of the soldiers. Established on 2004, St. Nicholas,the wonder worker is the patron of all the travelers visiting there.

Dedicated to the famous writer, the monument looks very interesting and the most impressive one in the city. Situated in the centre of a small but pretty park in Otoichnoe place in town; the statue if of 3 meters height. The statue symbolizes some of the characters of his works. 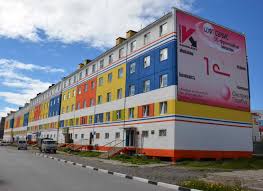 Apart from visiting certain places, strolling around the city also a significant travelling action. Being full of colors, the city looks like a rainbow. Towards the finishing of the streets, there are monstrous craftsmanship on the dividers portraying the lifestyle and occupations of the general people of the city.

Related Items
Share This Story On Facebook
← Previous Story Why should you visit Bangkok, Thailand
Next Story → Visit The Beautiful Asuncius / Paraguay
Comments