Why You Should Visit Bari, Italy - Things You Need To Know Today

Why You Should Visit Bari, Italy

Although a commercial center and a busy port city, Bari is also a great place for tourists to visit. This is an old town surrounded by narrow streets. Byzantines used it as the main base in the southern part of Italy. The present Bari looks like two separate cities and has picturesque view and historical attractions. There are many tourist attractions in Bari. 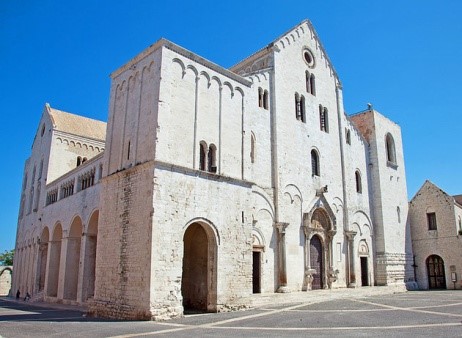 The basilica looks plain at first but a close look reveals intricate cravings around the portal. The construction of this large church stared in 1087 and ended in 1197. Above the high alter inside, there’s a twelfth century tabernacle. The apse houses a bishop’s throne made of marble and the tomb of the wife of King Sigismund II, Bona Sforza. There’s a silver altar in the crypt. The remains of St. Nicholas are preserved under the crypt. The remains were sent to Bari from Myra the latter city was defeated.

Prev1 of 9Next
Use your ← → (arrow) keys to browse
Related Items
Share This Story On Facebook
← Previous Story The hurricane Jose
Next Story → Why should you visit Bangkok, Thailand
Comments